Richardson, who is currently Senior Vice President, Human Resources for ESPN and was Disney’s first Chief Diversity Officer, will succeed long time veteran Jayne Parker, who previously announced she is leaving the Company at the end of June after a 33-year career at Disney and will work closely with Richardson during the transition.

“Paul Richardson is a supremely talented, strategic and personable leader with a deep passion for enriching the employee experience by championing the unique talents and perspectives of our diverse, global workforce,” Chapek said. “I can think of no one better suited than Paul to build on the incredible work of Jayne Parker who, in 12 years leading Disney’s Human Resources function, has had an indelible impact on the company, fostering a culture that has attracted and developed the industry’s best creative talent and most accomplished business leaders.”

“It is a tremendous honour to be named to this role, and I want to thank Bob for the amazing opportunity and Jayne for her mentorship and friendship over these many years,” Richardson said. “Our employees and Cast Members are absolutely key to Disney’s success, and their exceptional talent, ingenuity, diverse backgrounds and experiences, and a deep sense of commitment even in the most trying times is truly an inspiration. I look forward to supporting them and working with our HR leaders around the world as we advance the Company’s ambitious business goals and further cement Disney’s well-earned reputation as one of the most desirable places to work.”

In his current role leading human resources at ESPN, which he has held since 2007, Richardson supports 50 different business units and approximately 5,000 employees around the world. In addition to serving as a member of the ESPN Board of Directors and Executive Committee, he oversees ESPN’s Corporate Citizenship team, which is responsible for strategic community investments, causes marketing programs, collaboration with sports organizations and employee volunteerism, as well as worldwide Global Security & Facilities Operations.

Richardson also served as the first chief diversity officer for The Walt Disney Company from 2011 to 2017, partnering with diversity leaders across Disney’s business segments to define and implement global D&I strategies.

He launched numerous programs and initiatives, including Disney’s signature Heroes Work Here program, through which the Company has employed 10,000 veterans and its Veterans Institute workshops for employers looking to establish their own military hiring and development programs; the Global Workplace & Women’s Initiative program; and a growth initiative targeting US Hispanics. Under his direction and leadership, ESPN has also launched several diversity initiatives including a Women’s Leadership Conference, nine Employee Resource Groups and an Executive Diversity Council. In 2019, he initiated Disney’s Black Employee & Consumer Experience, focused on increasing Black employee representation, enhancing development opportunities for Black executives, and finding ways to make the Company’s content and products even more relevant to consumers.

He received a NAMIC (National Association for Multi-Ethnicity in Communications) Luminary Award in 2010, and CableFAX: The Magazine named him to its Most Influential Minorities in Cable list from 2010 to 2020. Richardson has served as an advisor to the California State Summer School of the Arts and as a board member of the Cable and Telecommunications Human Resources Association (CTHRA).  He is currently a member of the USC Annenberg School for Communication and Journalism Board of Councilors.

Richardson received both a Bachelor of Arts degree in Political Science and a Juris Doctor degree from the University of Southern California.

How employers are reacting to the Pflizer vaccine’s global approval
August 25, 2021 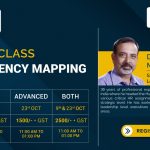